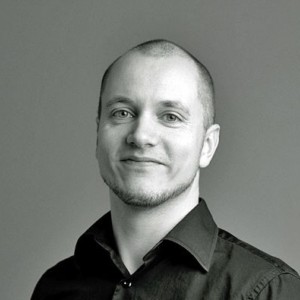 How To Start A MEGA Authority Site (+1 Million Pageviews)

We will discuss the steps you need to take to get your site up and running – one that can potentially generate millions of page views per month!

So, if you’re ready to start a MEGA authority site, keep reading!

Do You Prefer Video?

The first step to starting an authority site is to choose a good niche. This is arguably the most important step, as it will determine the success of your site.

There are a few things that you should keep in mind when choosing a niche:

Evaluating your passions and skills might be the first step in niche choosing.

Consider what topics you could see yourself blogging about day after day, for months or even years on end. Also, take a look at the competition.

Authority sites tend to be popular because they offer comprehensive coverage on specific topics, so make sure there’s room for your site in the Niche.

If you’re only “kind of interested” in your Niche, it’s not going to be sustainable. So, choose something you can see yourself being passionate about for at least five years.

Consider which skills or expertise you have that would be especially beneficial.

The sweet spot for discovering the perfect Niche is when you are knowledgeable and find interest at the same time.

How broad should you go while choosing a niche?

Let’s say you’re passionate about apple trees and growing apples in your garden.

So you might think I want to talk about fruit trees in general, or maybe everything trees.

But I want to challenge you to go even further out.

So it’s hard sometimes to figure out when you have opened it up enough.

So the trick is really to just open it as much as possible.

The domain name is the most important part of starting a mega authority site.

So you really want to get the domain name right the first time.

Because if you’re going to pivot or change the domain name or if you want to move the site from one domain to another, I’ve seen that go well many times in most cases, I’d say.

But sometimes, something goes wrong, and you just don’t end up with the same number of pageviews.

Let’s say you wanted to start with 50 or 250 articles about apple trees.

So see how greenfingers.com, for example, would be a good fit because it sounds like a good place to learn about trees.

But you could also learn other things about gardening from a site like that, right?

Let’s say you wanted to build a site about learning Swedish that could probably not be a site you would take to a million page views because, you know, Sweden is not that big.

You would probably want to open that up to be a site about everything language-wise, like how to learn languages in general.

Another example could be that you’re passionate about climbing mountains.

You would probably also want to open that up to just climbing in general because you’ll be able to talk about:

And you want to be able to do that because, after 50 or 80 articles, most of what’s left will be taken, or it’ll just be small topics that wouldn’t make for very good blog posts anyway.

So the last example here is, let’s say you’re passionate about playing the mandolin.

You would also want to open that up to playing other string instruments.

A good domain name could be:

Broaden it out and find a domain name that sounds specific enough.

Every time you appear in the search results, you will be competing against all the other names.

And if your name sounds a little more authoritative than the others – you will win more clicks.

Plan for the Topics You’ll Write About

The next step is to sit down and plan the topics you want to write about.

You don’t need to have all of them planned out from the start, but it’s important that you at least know what kind of articles you can start with.

Basically, you should know how to plan the topics you’re going to write for the first category.

Because many times when people make the mistake of starting with five categories.

So there’s a distinction here between going with a broad domain name that allows you to go really broad and then going broad.

I want you to write those first 400 articles about (only) lemon trees in any way possible.

I mean, if you can find 300 or 400 articles about something very specific, you should do that because that’s how we establish authority.

We don’t establish authority about going all over the place and talk about too many different things.

Focus on something as specific as possible.

You want a broad domain name with many possibilities, but you want to start with a batch of articles hyper-focused on ONE aspect.

To gain authority in that category.

On average, you should expect no more than 300- 500 page views per article.

I would probably teach you to expect five to 800 page views per article a year or two ago.

So I just want to set that expectation right from the beginning. So let’s aim for 400 page views per article here.

If those articles are 1500-word articles, that means that you’ll pay $45 per article (at 3 cents cost per word).

Remember, we’re going for $12 per article.

That means you will need 3-4 months of ranking time within an article before it makes the money back that you paid for it. Given that you do all the editing yourself and you don’t have any other expenses than the three cents per word.

If you can write 10 articles per week you’ll end up with around 500 articles during the first year.

That should make you around $6,000 with the math that I just laid out.

But now let’s say that you can only write 4 articles per week – that should make you around $2,500 per month.

That’s a great outcome from a side gig or something you want to eventually become a full-time gig in your full-time job.

I hope this article inspired you and clarified what it takes to start such a site.

It’s definitely still possible, even though we see fewer page views these days.

I just want to encourage you to get started, get off your butt, and start writing today.

Start choosing that Niche so you can get started because, in a couple of years from now, it will be a little harder.

But, by then, you want to have some Authority established, so you are ahead of the curve when blogging gets even more competitive because it’s not going to get less competitive, that’s for sure.

Until next time, take care!

Please be advised that we cannot guarantee the success of your business or any other business for that matter. No one can. Your success is 100% dependent on your own skills and hard work. We simply offer the best possible resources we can to help you along the road. Examples here are not to be taken as a promise or guarantee of earnings.